Welcome back to THE POSITIVE SPIN. With so much negativity constantly swirling around us, we need to focus on the things that bring happiness & positivity into our lives. Other than my wife, my cat & my family, nothing is more important or makes me happier than music…and I love sharing my joy of music with others who feel the same way. If you’ve followed this blog over the past decade, or even if you just stopped by from time to time, you may have noticed that I always (as the old song goes) accentuate the positive & eliminate the negative in my posts. Even when I wrote about the weakest album in an artist’s discography I always sought…and found…something worthwhile. I hope this can be an ongoing conversation with my fellow music lovers, and together we can spread musical positivity. Please let me know what other musical subjects could use a positive spin. Ultimately THE POSITIVE SPIN will become a podcast (when I find the time and figure out the technical aspects) and then we can take these discussions to another level.

We all have to deal with B.S. in our lives. Even before the pandemic, various little annoyances always seem to appear on a daily basis, dragging us down emotionally, physically &/or spiritually. Some people cope better than others but no one is immune to B.S. However, since music has the power to lift us up I want to share some of my favorite musical B.S. In this post I’m featuring my eight favorite artists with those initials, each with a brief paragraph and a song that brings a smile to my face. These songs aren’t necessarily my favorites by these performers (although in a couple of cases they might be) but they are all upbeat and positive…musically &/or lyrically…which is the whole point to THE POSITIVE SPIN. 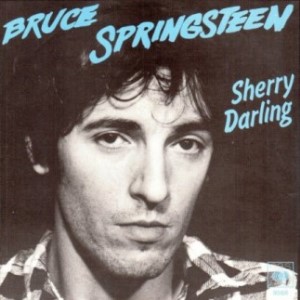 Artist: BRUCE SPRINGSTEEN
I haven’t written much about The Boss here, other than a Satur-debut post on his wonderful 1973 debut album, but I’ve been a fan for more than 40 years. I tend to return to his first 5 or 6 albums most frequently but I’ve loved the majority of his releases, including his most recent album, Letter To You. His songs can be thought-provoking, heartbreaking & intense, but also uplifting, electrifying and just plain fun. “Rosalita,” “Tenth Avenue Freeze-Out,” “Glory Days” and “Mary’s Place” immediately come to mind. Also, from the first time I heard his classic 1980 double album The River, one of my favorite tracks was “Sherry Darling,” and it remains a favorite four decades later. You can tell that Bruce and The E Street Band were having a blast when they recorded this one. 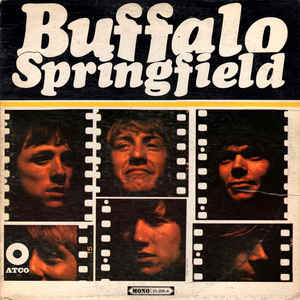 Artist: BUFFALO SPRINGFIELD
Best known as the launching pad for Neil Young (whose catalog I revisited for a 10-part series in 2013) and Stephen Stills, both of whom would go on to solo careers as well as being members of Crosby Stills Nash (& sometimes Young), this Canadian-American group lasted less than three years but their impact is still felt more than 50 years after they split up. Along with future Poco founder Richie Furay they were jam-packed with talented singers, songwriters & musicians. They’re best known for Stills’ “For What It’s Worth” and Young’s “Mr. Soul,” which are rightly revered, but Stills’ “Sit Down I Think I Love You” is every bit as great and possibly my favorite of their songs (along with “Nowadays Clancy Can’t Even Sing”). 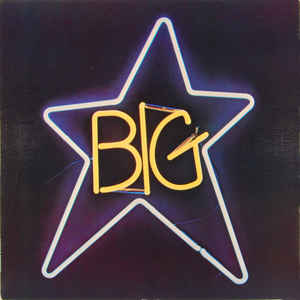 Artist: BIG STAR
There’s not much more I can say about Memphis’ premier purveyors of power pop that I didn’t already write in my B-Sides The Point post on their brief-but-incredible catalog in 2012. I closed that post as follows: “For a band that came and went so quickly, they left a brief but remarkable legacy, and I urge anyone who loves melodic pop (both straight up and with a twist) to check out all of their music.” There are plenty of songs that highlight why they are so beloved but none of them is prettier than “Watch The Sunrise.”

Artist: BOB SEGER
I don’t know how the pride of Detroit, Bob Seger, has never been covered here at KamerTunesBlog, but now I can finally correct that oversight. I always loved the Seger songs I heard on the radio in the ’70s but didn’t own any of his albums until the following decade. He racked up a ridiculous number of hit records, both on Top 40 and album rock radio, throughout the ’70s & ’80s, with two of his best-known songs featured in movies (“Old Time Rock And Roll”) and TV advertisements (“Like A Rock”). Equally comfortable with ballads and straight-ahead rock n’ roll, there’s something for everyone in the Seger discography, and his Silver Bullet Band is as important to his sound as The E Street Band is to Bruce Springsteen. I was going to highlight one of his rockers here, like “Katmandu,” “Hollywood Nights” or “Her Strut,” but for me it doesn’t get much better than “Mainstreet” with that gorgeous guitar refrain.

Artist: BOZ SCAGGS
After a decade in the business, including a brief stint as a founding member of The Steve Miller Band, guitarist/singer Boz Scaggs hit the big time as a solo artist in the second half of the ’70s. He combines blues & soul with rock, pop & jazz for a sound that’s uniquely his own. His best-selling albums between 1976 and 1980 included a half-dozen Top 20 hits and featured a who’s who of session musicians…including the guys who would go on to form Toto. He’s made some excellent music in his post-hit-making years but those are the records that I and the majority of fans return to most frequently. From the funky “Lowdown” (my initial exposure to his music as a 10-year-old) to the rockin’ “Breakdown Dead Ahead” to the lovely ballad “Look What You’ve Done To Me,” there are many great tunes on those records, but “Lido Shuffle” always boosts my mood so that’s the one I’ve selected.

Artist: BLACK SABBATH
For two months in 2012 I revisited the Black Sabbath discography a few albums at a time and wrote about the experience in a 7-part series which covered a lot of ground…and a lot of lineup changes. They released some fantastic music with Ronnie James Dio, Ian Gillan and Tony Martin, but their legacy is mostly about the work they did with frontman Ozzy Osbourne. Even though their music & imagery was dark and sometimes frightening, there’s actually a lot of optimism & positivity in many of their songs thanks to bassist/lyricist Geezer Butler. There are so many classics to choose from…and my choice is “Supernaut.” 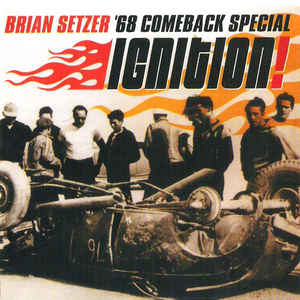 Artist: BRIAN SETZER
He made a name for himself in the early ’80s as the singer & guitarist for rockabilly revivalist trio The Stray Cats, and helped to lead the late-’90s swing music craze with The Brian Setzer Orchestra, while also releasing solo albums that showed off other sides of his musical personality. You can drop a needle almost anywhere on a record with Setzer and you’ll understand why his incredible six-string skills have made jaws drop for more than four decades. Since this is a post about B.S. I’ve chosen a solo song (although technically credited to the Elvis-inspired Brian Setzer ’68 Comeback Special) called “Ignition.” I also recommend checking out any version he’s ever recorded of the late-’50s Santo & Johnny instrumental “Sleepwalk.” 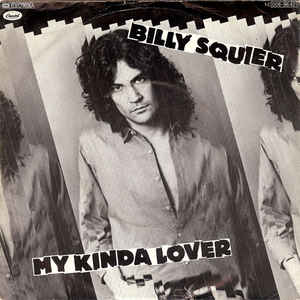 Artist: BILLY SQUIER
The first half of the ’80s was a great time for Billy Squier. Following two unsuccessful late-’70s albums with his band Piper and an overlooked solo debut in 1980, he struck gold (actually multi-platinum) with 1981’s Don’t Say No. The first time I heard his music (that album’s “Lonely Is The Night”) the DJ introduced him as Billy “Zeppelin” Squier, since he sounded so much like the recently disbanded Led Zeppelin. For all of us fans mourning the loss of our favorite group, Mr. Squier filled that void. He continued releasing excellent records throughout that decade, and his perennial holiday tune “Christmas Is The Time To Say I Love You” is a joy to hear every year. It was also the b-side of the single I’ve selected to highlight here: “My Kinda Lover.”

Honorable Mentions:
Bon Scott – The late AC/DC singer was an amazing frontman. Had he recorded any solo material he would be featured more prominently here.
Brinsley Schwarz – This ’70s pub rock group from England made some wonderful music but are better known for launching the careers of Nick Lowe and two members of Graham Parker’s The Rumour.
The Beautiful South – I only have a couple of their albums and prefer singer Paul Heaton’s previous band, The Housemartins, but I’ve enjoyed everything I’ve heard from this group and should probably investigate more of their music.
Beachwood Sparks – Best described as “psychedelic alt-country,” this American group released a couple of fantastic albums & and EP at the beginning of the millennium, then returned a decade later after an extended hiatus to pick up where they left off.
Belle & Sebastian – This Scottish indie-pop band was a critics’ darling in the ’90s & early ’00s. I only own a handful of their albums, which I purchased after the hype about them had died down, and I quickly came to appreciate why they were so popular.
Billy Sherwood – I first heard of him via his late-’80s progressive rock group World Trade. Since then he’s been a frequent member of Yes who has also recorded in multiple configurations with various Yes members, spearheaded a bunch of prog-rock tribute albums as well as a number of solo albums.

Have I missed any of your favorite B.S. musicians? And what are your thoughts on the artists featured in this post? Here’s a Spotify playlist I’ve created with the songs embedded above as well as some other “positive” songs from those artists. I hope you enjoy it.