THE POSITIVE SPIN – Hold On

Welcome back to THE POSITIVE SPIN. With so much negativity constantly swirling around us, we need to focus on the things that bring happiness & positivity into our lives. Other than my wife, my cat & my family, nothing is more important or makes me happier than music…and I love sharing my joy of music with others who feel the same way. If you’ve followed this blog over the past decade, or even if you just stopped by from time to time, you may have noticed that I always (as the old song goes) accentuate the positive & eliminate the negative in my posts. Even when I wrote about the weakest album in an artist’s discography I always sought…and found…something worthwhile. I hope this can be an ongoing conversation with my fellow music lovers, and together we can spread musical positivity. Please let me know what other musical subjects could use a positive spin. Ultimately THE POSITIVE SPIN will become a podcast (when I find the time and figure out the technical aspects) and then we can take these discussions to another level.

Many people struggle to get through their day, and the pandemic has only made that worse, but music is often a great motivator to simply “hold on.” Wilson Phillips’ #1 single from 1990 might be the best-known song with that title, but for me it’s the great Canadian melodic hard rock trio Triumph whose 1979 “Hold On” was the impetus for this post. I discovered them a year after it was released, and they quickly became one of my favorite bands. Singer/guitarist Rik Emmett wrote some of the most uplifting lyrics I’ve ever heard, and paired it with music that builds to a rousing climax. The song is so inspiring that it makes Journey’s “Don’t Stop Believing” sound like a funeral dirge (perhaps a slight exaggeration). I’ve also loved two other recordings with that title since they were released in the ’80s, from Yes and Kansas, but it wasn’t just rock bands imploring us to hold on. As you’ll hear below, soul legend Sam Cooke, John Lennon, Tom Waits and a couple of other great artists gifted us with their own spin on that title. I could have included songs with titles like “Hold On, I’m Comin’,” “Hold On Loosely,” “Baby Hold On,” “Hold On Tight,” “Holding On,” etc., but the eight tracks highlighted here merely scratch the surface. So for the first time I’ve created a Spotify playlist with other “Hold On” recordings that I love, which you’ll find at the bottom of this post. Many of them are not necessarily uplifting, either musically or lyrically, but they have their own unique charms and share that memorable two-word title.

Caught up in routine, you got to break it
Time won’t wait for us, we got to make it
Fate gives you the chance, you’ve got to take it

Round and round and round, we living in gravity
Shake, we shake so hard, how we laugh so loud
When we reach we believe in eternity

No hesitation and no holding back
Let it all go and you’ll know, you’re on the right track

Artist: SAM COOKE
Album/Year: N/A (1961)
Key Lyrics:
Hold on just a little bit longer
Keep the faith and let your love be stronger
Hold on, like you promised to
‘Cause I’ll be coming back to you

Artist: MARVIN SMITH
Album/Year: SINGLE (1967)
Key Lyrics:
I’ll hold on until the end
Hold on as long as I can 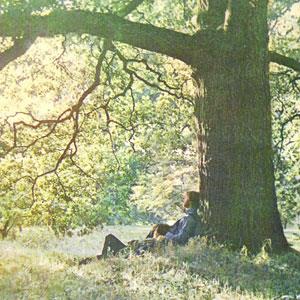 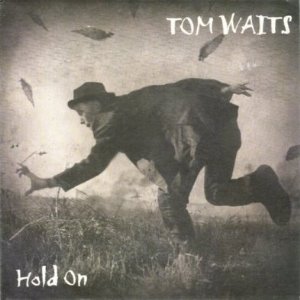 Artist: TOM WAITS
Album/Year: MULE VARIATIONS (1999)
Key Lyrics:
She closed her eyes and started swaying
But it’s so hard to dance that way
When it’s cold and there’s no music
Oh, your old hometown’s so far away
But inside your head there’s a record that’s playing
A song called “Hold On”, hold on
Babe, you gotta hold on
Take my hand, I’m standing right there, you gotta hold on

What music helps you to hold on through tough times? And did I miss any “Hold On” songs that you love? Maybe you’ll find them in this Spotify playlist.

28 comments on “THE POSITIVE SPIN – Hold On”