At the start of the new millennium progressive rock geeks like myself (is there any other kind of prog fan? 😀 ) rejoiced as members of four beloved…and diverse…prog bands from three different countries (UK’s Marillion, Sweden’s The Flower Kings and America’s own Dream Theater & Spock’s Beard) joined forces to create an epic masterpiece that paid homage to their ’70s heroes while adding their own unique touches. To my ears they delivered on that promise with complex arrangements, brilliant musicianship and a combination of instantly catchy melodies & harmony vocals that showcased their shared love of The Beatles. Of the four albums they’ve released to date, 2009’s The Whirlwind is probably their magnum opus, but their 2000 debut SMPTe is an impressive work considering these four musicians were just getting to know each other. See below for my previous write-up on this album from the fifth Great Out Of The Gate post. 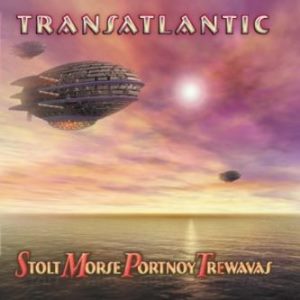 From GREAT OUT OF THE GATE Part 5:

The 1990’s were a tough time to be a progressive rock fan. In the pre-internet days we had to rely on fanzines & mail-order catalogs, and then it was online chat rooms & fledgling websites. Record store clerks would look at you with derision but it was worth the effort when a new discovery emerged that excited us like the original prog bands of the ‘60s & ‘70s. For a long time the only progressive band to enter the mainstream was Marillion in the mid-‘80s, but by the next decade there were dozens of exciting artists from all over the world making a name for themselves. When it was announced that key members from four of my favorite prog bands would be forming a supergroup with the sole intention of creating a massive, classic-sounding progressive rock album, naturally I was excited, and I’m happy to say it lived up to expectations. Marillion bassist Pete Trewavas was joined by Dream Theater drummer Mike Portnoy, Spock’s Beard singer/keyboardist Neal Morse and The Flower Kings singer/guitarist Roine Stolt, and they delivered exactly what they promised. There are four originals credited to the four band members, with the opening 6-part suite “All Of The Above” clocking in at 31 minutes, and my personal favorite, “My New World,” making an impression at “only” 16+ minutes. There are also two shorter tracks, Morse’s ballad “We All Need Some Light” (whose melody often reminds me of John Denver’s “Annie’s Song,” believe it or not) and the quirky “Mystery Train,” which sounds like a 50/50 hybrid of Spock’s Beard & The Flower Kings. The album ends with their version of Procol Harum’s gargantuan 17-minute “In Held (‘Twas) In I,” an inspired cover that set the stage for many others they would include on the bonus discs of their three subsequent albums. For anyone who likes their prog over-the-top but filled to the brim with strong melodies & great vocals, SMPTe could be your gateway to the third generation of progressive rock that continues to thrive.

Since there are only four original songs on this album I’m only sharing clips of two tracks. If these pique your interest then you’ll probably love the half-hour-plus “All Of The Above” and then you’ll want to hear their whole discography.

Who else loves Transatlantic and the bands that spawned this supergroup? If you’re unfamiliar with them and think prog-rock is all tuneless noodling and songs about fairies & warlocks, you might be pleasantly surprised.