The Police only released five albums during their relatively brief recording career, and every one of them is unique and essential. Each record has hit singles, FM radio staples and deep album cuts, many as good as their better known songs. They’re one of the all-time great rock & roll trios and their 1978 debut, Outlandos d’Amour, captures the sound of three guys bashing away in a small studio, eager to take over the world (which they would do within a couple of years). Stewart Copeland has been one of my drumming heroes for a very long time (which I wrote about in my first You Rip, You Shred post), and it all started with this record. Of course great drumming wouldn’t mean much if it wasn’t paired with great songs and musicianship, courtesy of Sting & Andy Summers. 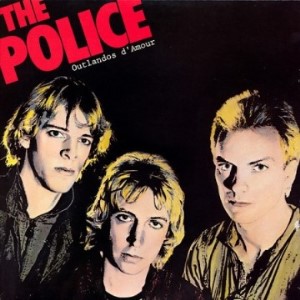 From GREAT OUT OF THE GATE Part 4:

For about five years between 1979 and 1984 there were few bands I listened to more frequently than The Police. I still love their records but they haven’t been in heavy rotation for quite some time, which explains why it’s taken until the 4th post in this series to finally shine a light on their amazing debut album. The trio of Sting, Andy Summers and Stewart Copeland created a sound that was instantly identifiable and resembled no one else. Combining Copeland’s reggae-influenced drumming (which inspired me and just about every other drummer of my generation), Summers’ quirky, slightly off-kilter guitar work and Sting’s sparse-but-powerful bass lines & impossibly high vocals, they introduced themselves to the world with instant classics like “Roxanne,” “So Lonely” and “Can’t Stand Losing You,” all of which still receive airplay nearly 40 years later. However, a great album needs more than just three killer songs, and it’s the lesser-known but equally powerful tracks that make Outlandos d’Amour so special. “Truth Hits Everybody” and album opener “Next To You” were set-list staples in my high school and college bands, “Hole In My Life” is bouncy reggae fun and “Born In The ‘50s” has a steady loping beat and a killer sing-along chorus, a common feature throughout the album. They would go on to expand their sound over the course of four more albums, but they emerged fully formed with their excellent debut release.

If you’re a Police fan, are you “full catalog” with them or is a compilation sufficient for you? If you’ve got them all, which is your favorite? I can’t pick a favorite as I love each of them equally.