Welcome to Satur-debut, a new series that focuses on my favorite debut albums. The majority of them were previously included in my Great Out Of The Gate series in 2015, while others were either among the complete discographies of certain artists covered here or they showed up in other posts over the years. I decided to shine a light on them again, one album at a time, because each original Great Out Of The Gate post featured ten albums, many of which might have gotten overlooked. Also, I continue to have a limited amount of time for blogging but I miss having regular conversations with fellow music lovers, so this series will allow me to shine a spotlight on albums I’ve already highlighted and start some fresh discussions about them. Also, it’s always a good idea to recycle, whether it’s paper, plastics, glass or blog posts. For the most part I’ll take a chronological approach but I reserve the right to change my mind about that at any time….including this first post. Since Led Zeppelin is my favorite band…and has been for about 40 years…I figured I should start with them. 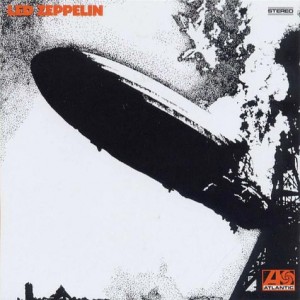 Of course my all-time favorite artist had to appear first. When I became a fan at the age of 13 in 1979, their debut was just one of eight studio albums in their discography that I absorbed at the same time, so it was hard for me to fathom the impact this album must have had when it was unleashed on the world a decade earlier. From their heavy take on blues classics like “You Shook Me” and “I Can’t Quit You Baby” to fast & furious originals like “Communication Breakdown” and “Good Times Bad Times,” this was the blueprint for so many other artists that followed in their wake. It’s also full of light and shade, which helped me as a musician to understand the concept of “dynamics” at an early age thanks to “Babe I’m Gonna Leave You,” “How Many More Times” and one of their defining songs, “Dazed And Confused.” Then there’s the fact that you had four world-class musicians who instantly became so much more than the sum of their parts, making this my ultimate debut album by my ultimate band.

So, any other fans out there of this obscure British band? 😀