[Welcome to Thirty Year Thursday, the weekly series on my favorite albums of 1986] 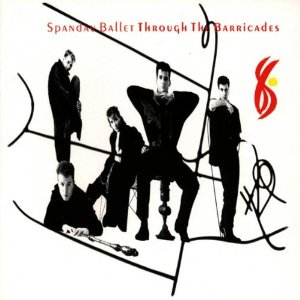 Spandau Ballet was the first artist I mentioned in my No Guilt, Just Pleasure post last year, so I’ve already discussed how much I love their music even though it was the polar opposite of nearly everything I was listening to when I first heard them in 1983. They’re best known on both sides of the Atlantic for that year’s True album and its ubiquitous title track. True is certainly the crown jewel in their catalog but they released a lot of excellent music after that. The following year’s Parade was nearly as good, but American audiences were starting to lose interest as only one song barely cracked the Top 40. In 1986 I stumbled upon their new album, Through The Barricades, which appeared in stores without any advance notice or radio promotion. In fact, it’s possible that the CD I found was an import copy from the U.K., since I’m not sure if it was initially released in the U.S. In the U.K. it was their third consecutive Platinum album, spawning three Top 40 singles. It’s a shame that American audiences missed out. All the elements that made me fall in love with their sound were still in place: guitarist Gary Kemp’s distinctive and catchy songwriting, Tony Hadley’s magnificent vocals (I still think he’s the best pure singer of that era), Steve Norman’s melodic sax lines and the sleek-yet-warm production. 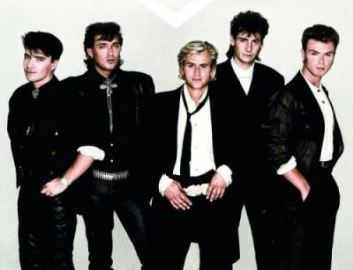 Several upbeat tracks, like “Cross The Line,” “Man In Chains” and “Snakes And Lovers,” straddle the line between rock & pop, usually favoring the latter but appealing to more open-minded fans of the former. “Virgin” is a delicious (if slightly silly) pop nugget embellished with synths that would have fit nicely on True. “Fight For Ourselves” is a rousing tune with chanted call-and-response vocals and music that isn’t far removed from the more uptempo side of Simply Red. All of the aforementioned songs are merely the appetizer for two amazing ballads that are the heart & soul of the album. “Through The Barricades” is a showcase for Kemp’s nifty acoustic guitar lines and one of Hadley’s most emotional vocal performances, and “How Many Lies” must have set thousands of lighters ablaze on their subsequent concert tours. Hadley’s voice is in top form and Kemp’s recurring guitar figure is simply stunning. How this song didn’t become a worldwide smash I’ll never understand. I have a feeling there are a lot of closet Spandau Ballet fans out there, but their knowledge of the band might only include True and a hits compilation. I strongly urge those people to check out Through The Barricades, which might be date-stamped to the mid-‘80s but whose songs stand the test of time three decades later.

13 comments on “Thirty Year Thursday – SPANDAU BALLET “THROUGH THE BARRICADES””